Anglican Heritage Pilgrimage | A 10-Day Tour of the Great Cathedral Cities of Great Britain for Members of the Episcopal Church.


Great Britain is home to a splendid collection of religious buildings, but none are more impressive than the cathedrals. Cathedrals are one of the largest draws for visitors.

$4250 USD Per Person* - Includes Taxes *based on double occupancy

A 10-Day Tour of the Great Cathedral Cities of Great Britain for Members of the Episcopal Church.

Depart Miami - Transatlantic flight, arrive in London the next day.

Day 10 - We transfer to Manchester airport for the flight home.

Canterbury Cathedral is the destination for those who travel along the pilgrim paths from Winchester and Rochester. Pilgrims and visitors have made their way to Canterbury Cathedral since the Middle Ages. It remains one of the most visited places in the country, and, just as importantly, a working, living church and community. Visitors have always been made welcome in the ancient tradition of Benedictine hospitality. 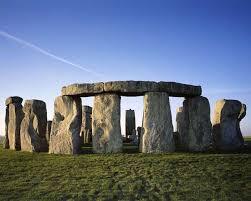 Terms, conditions and restrictions apply; pricing, availability, and other details subject to change and/ or apply to US or Canadian residents. Please confirm details and booking information with your travel advisor.